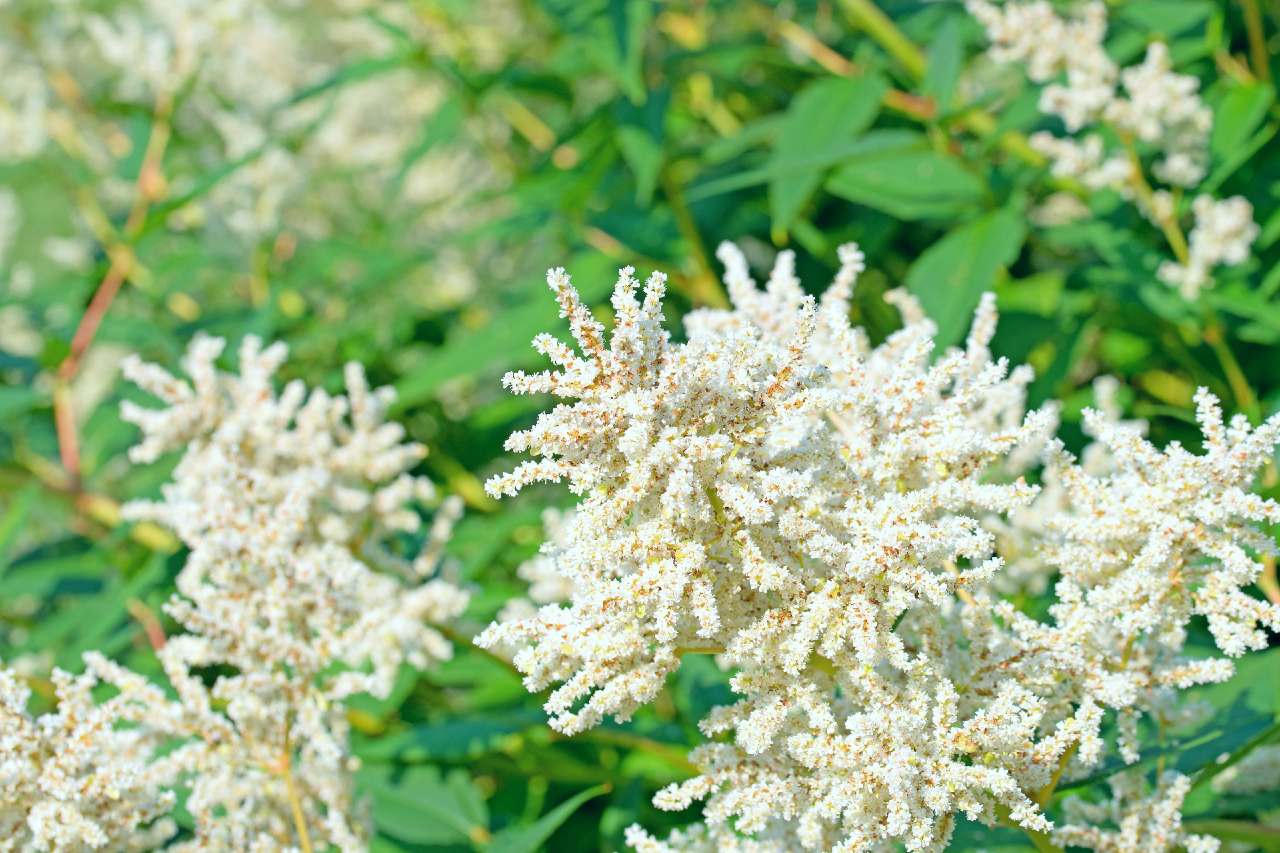 Polygonum– Brimming With Whole-Body Benefits For Your Pet

Polly-go-numb? Poley-ga-noom? Polly-go-noom? It’s not the easiest herb to pronounce. But lucky for you, there are several other names you can call it. Some, mostly folks in North America, say Fo-Ti. Much less of a mouthful!

Others, mostly folks in China, say He Shou Wu. Why? Because legend has it, one Mr. He Shou Wu was known for his luscious locks that still weren’t gray well into old age. He credited Polygonum with keeping his hair long, strong, and jet-black. He also claimed it kept him alive and well until the age of 160.

While I’m not sure how much of that story’s true, the health benefits Polygonum offers two-leggers and their four-leggers can’t be denied.

Polygonum is a popular herbal remedy. In fact, it’s one of the most commonly used compounds in Chinese medicine, so you know it’s good stuff! It comes from the Polygonum multiflorum Thunb plant, a vine-y perennial.

Once harvested, each part of the plant is used for its unique nutritional properties. The leaves, roots, and root tubers are either taken raw or processed into powerful herbal remedies.

Where Does Polygonum Come From?

Polygonum is a plant that grows across Asia—namely in China and parts of Japan and Taiwan. It’s a vine that’s so fast-growing, it’s considered a weed in some areas, so it’s not a super picky plant. That said, Polygonum requires a temperate climate and light shade to thrive.

How Does It Work?

Polygonum is multi-talented when it comes to uses. It’s a powerful antioxidant with anti-inflammatory properties. But when combined with other compounds, it’s even more powerful.

It helps keep skin healthy and fur shiny. And, not to mention, it even boosts the immune system and helps with healthy digestion. Seriously, is there anything this herb cannot do?! 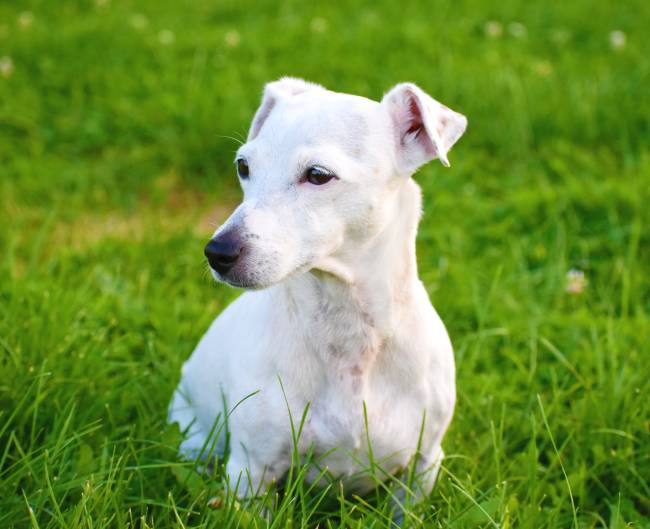 You likely know how powerful antioxidants are. They help the body fight free radicals (bad stuff) and defend against disease (more bad stuff). Well, good news, Polygonum contains countless phytochemicals (plant chemicals) that do all that and more.

While Polygonum is full of healthy-for-your-pet nutrients, one phospholipid, in particular, has powerful anti-inflammatory properties. Lecithin is heart-healthy and works wonders on inflammatory diseases like colitis.

The immune system is the body’s first defense against all things—good, bad, and ugly. This is why it’s essential to support it. Polygonum supports the immune system with multiple vitamins and minerals, including vitamin C, which is, like, the ultimate immune booster. Definitely a nutrient you want to include for overall health. Plus, catechins and calcium activate immune responses, as well.

Did you know that nearly 70% of the immune system lives in the digestive tract? That means an upset gut can put undue stress on the immune system. Polygonum contains GI-supportive anthraquinone. It’s been shown to keep things regular (yes, I’m talking about poooop) and help with overall digestive wellness. So it’s working double-time to keep your tail-wagger’s tummy happy and his immune system strong. That said, therapeutic levels of probiotics and prebiotics provide your pet with the most biome-balancing firepower.

Flooding their gut with probiotics or healthy bacteria balances the gut biome and, in turn, supports your favorite four-legger’s gut health.

Possibly the most widely-recognized benefit of polygonum is skin-deep. Or rather, the skin itself! Polygonum contains powerful phospholipids. Phospholipids are essential to overall health but are especially important when it comes to skin health. They help build strong skin cells and membranes.

Phospholipids also aid in the absorption and transportation of omega-3 fats throughout the entire body. Why does that matter? Because polygonum makes omega-3 fatty acids more usable in the body, where they play a key role in developing healthy skin and a lustrous coat. They’ve also been shown to help with dry skin, irritation, and even dermatitis.

Polygonum has long been used to support healthy hair, as well– so much so that it’s often applied topically in creams or shampoos. Polygonum stimulates new hair growth, can help reduce shedding and boosts melanin to slow down graying muzzles.

Who Should Use It?

Dogs and cats of all ages, shapes, and sizes benefit from a diet rich in antioxidants and anti-inflammatory ingredients. That said, polygonum is most powerful when paired with supportive herbs in therapeutic amounts. 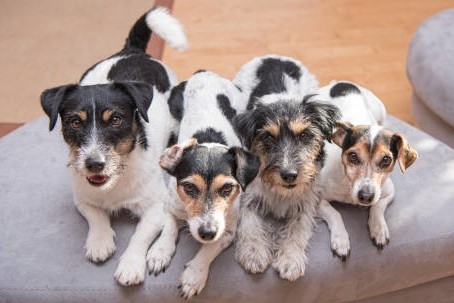 As mentioned, polygonum is full of healthy compounds and nutritional benefits, but it’s most powerful when combined with other herbs for whole-body health. Dr. Bessent combines therapeutic quantities of complementary herbs to create blends that work synergistically.

Each herb has its own unique properties that react differently to other herbs. One herb may reduce the potency of another while enhancing the health benefits of another still. Each herb can serve multiple functions within a formulation to reach multiple parts of the body. This is precisely why Dr. Bessent harnesses the power of herbal blends for almost all Herbsmith innovations.

For every dog and cat

Your pet’s coat is a window to health. A lackluster coat, flaking, and other visible issues could mean they’re missing out on essential nutrients. But there’s also a simple fix. 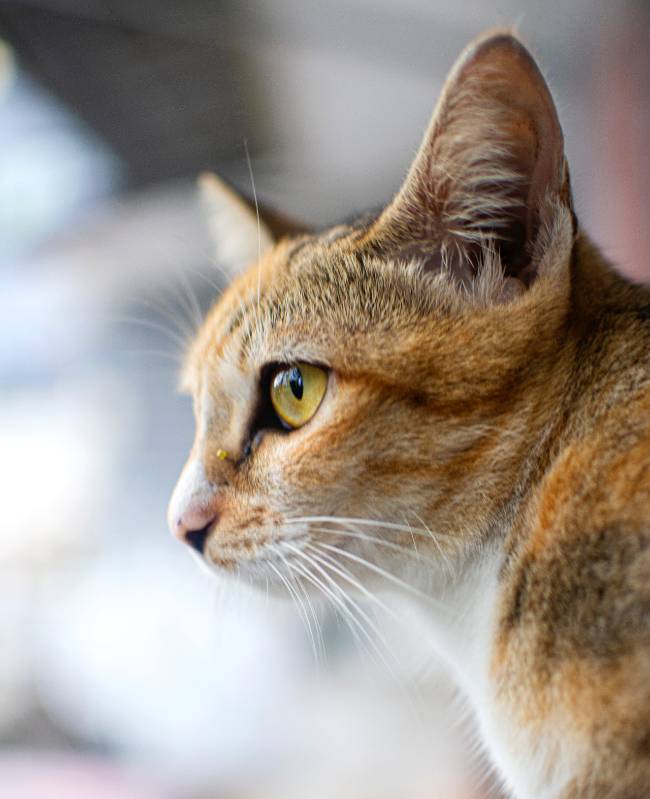 What’s more, polygonum helps the body utilize Omega 3 EPA & DHA and Omega 6 GLA fatty acids more effectively. So you know your pet will get every benefit delivered where it matters most.

So, whether your dog has dandruff (yes, pets get dandruff, too), your cat’s shedding on everything, or you’re just looking to support your pet’s daily nutrient needs, omegas EPA, DHA & GLA can hugely benefit your pet’s skin, coat, health & wellbeing. Not too shabby…

For the allergy sufferer

Think of this as your foundation. Whether your pet suffers from seasonal or year-round allergies, you should be adding these nutraceuticals to the bowl every day.

To get to the root of an allergy dog’s issue, you’ll use these nutraceuticals in combination with yin-tonifying, cooling, and calming herbs because the goal is to support the immune system so it can right itself.

Environmental allergies happen when the immune system goes into overdrive. It lets the body know it needs to pick a fight— little does it know that the opponent isn’t dangerous and doesn’t need to engage.

It’s this hyper-reaction that’s to blame for incessant itching, scratching, biting, clawing, pawing, and licking that often go along with environmental allergies. The extreme inflammatory response creates heat, inflammation, and stress for an animal, which develops that unbearable itch.

When you tackle surface symptoms by cooling the skin and address the root by balancing the body’s defenses to bring down the heat and inflammation– you give the allergy dog everything they need for much-needed relief.

Fusing herbs and using them synergistically as Dr. Bessent does with her formulations, you take one beneficial herb and create something exceptional– each one, with the help of beneficial herbs like polygonum, offering effective and natural solutions for our four-leggers. 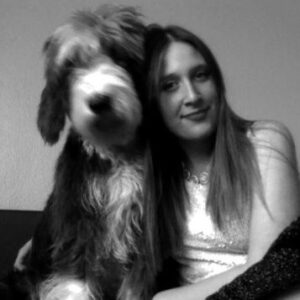 Kira is a writer who lives in Montana. She takes advantage of the mountains and river—and spends a lot of time outdoors. She has a giant shaggy dog who’s the perfect sidekick. And spends her free time making things. Crafting, sewing, and jewelry making are favorites! 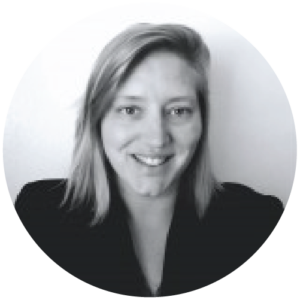 Kayla is the Content Editor for Herbsmith. She has a cat named Professor Cat-Faced Meowmers, who goes by Kitty, and a goof of a dog, named Duck. She stays busy biking trails, playing board games, and searching for the next best craft beer.